Mmmm, I've had an amazing bowl of banana and maple syrup ice cream! Looks a bit gross but tasted fan-freaking-tastic! 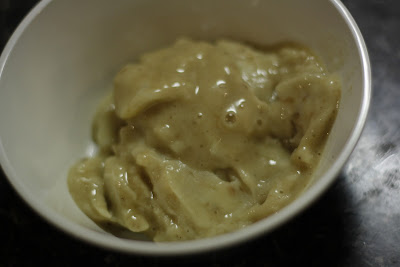 I just blended a frozen banana with some maple syrup. I wish I had added some walnuts or pecans - I'll just have to make some more :D
I don't have any other food photos for today, I was feeling a bit yucky and my head was bothering me so I hadn't eaten much really and by the time I did eat I was far too hungry to stop and photograph it!
Yesterday was another glorious day! I had a yummy and filling breakfast of natural yogurt, granola, coconut butter, maple syrup, goji berries,, cocoa, flax and berry mix and some oats 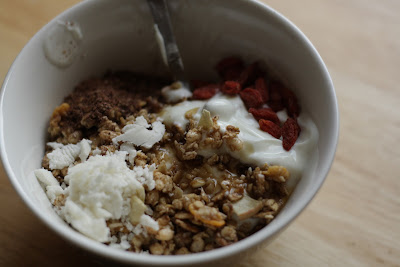 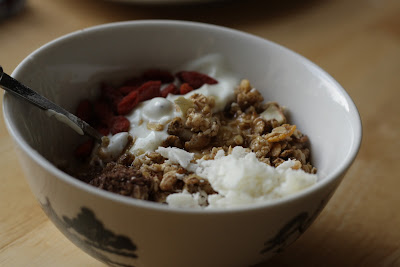 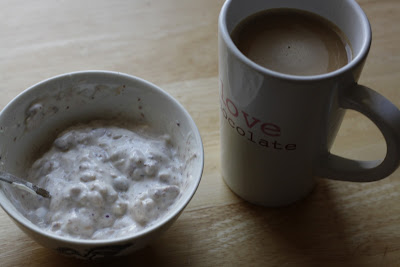 With a milky coffee of course, I just can't begin a day without coffee, I love it so much!
This was followed by a chocolate peanut protien smoothie so I wasn't tempted to snack on junk while I was out 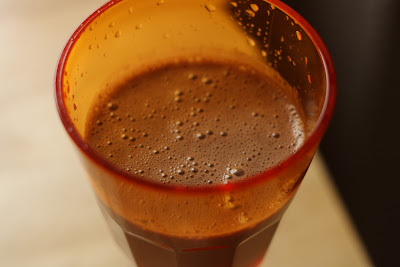 Since it was such a beautiful day we walked out to one of the parks and took some lunch with us, on the way I decided I needed some pear cider to go with my lunch in the park :) 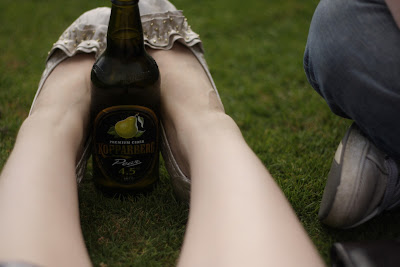 I had another pitta with goats cheese, chorizo and red onion, a Graze pack with dried mango, pineapple and coconut, a plum and a couple of wine gums 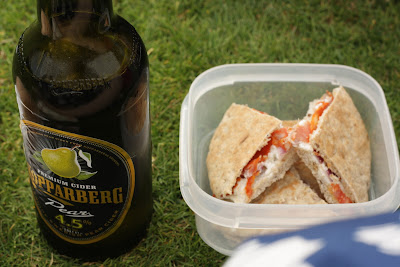 And was stalked by this guy who was just desperate to steal our food! 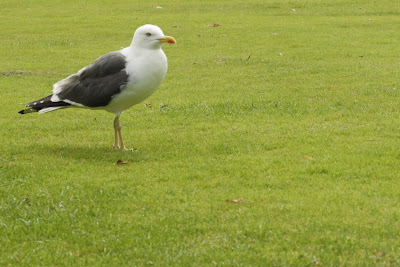 Yuck.
We walked about 5 miles and stopped off for Mexican food at Choquito's on the way home. I had chicken fajita's, 2 frozen strawberry margarita's and then we shared churros with hot chocolate fudge dipping sauce. I say shared, but my boyfriend only had one ;) actually, I must admit I didn't eat them all, after a few I just used one as a vessel for getting the sauce from the pot to my mouth :D