I'm sure I've used the for a post title before. Nevermind, I'm hopeless at thinking of titles!

I've had a lot of juice today! For breakfast I had a Berocca, a coffee and a fresh juice. I had my favourite carrot, apple, ginger and lemon juice 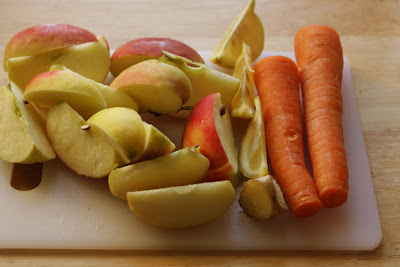 Sadly I broke my favourite glass reaching over to plug my juicer in :( 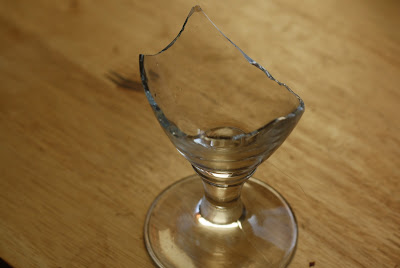 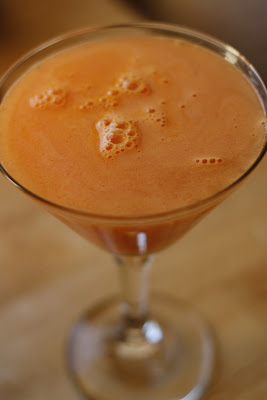 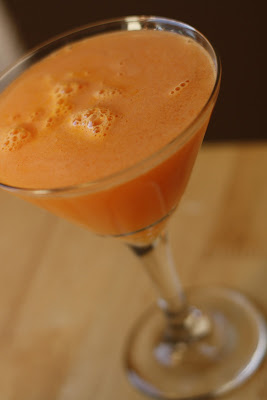 And creme brulee coffee with lots of full fat milk 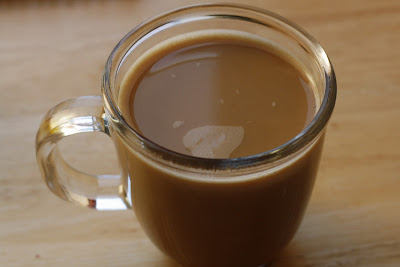 Before heading out I snack on a few salsa toasted almonds from one of the Graze box packs - theses are so nice, thankfully not as addictive as the chilli almonds so I managed not to scoff the whole box!
While I was out I had a shop bought sandwich and another juice! I was in the mood for some sort of iced coffee but Costa had no ice. Instead I went elsewhere and ordered a pineapple, apple and ginger juice from Fuel so refreshing on a lovely hot day!
Continuing with the juice theme I had a non-alcoholic sangria juice at home, I saw it in the shop and thought it was just fruit juice so no point really... then I noticed it said there was cinnamon in it! Apple, grape, orange juice and cinnamon - wow!! So, so good! I need to put cinnamon in my juice more often!

I had a mad craving for hot chocolate with marshmallows in the afternoon, I was feeling sorry for myself with my broken tooth and headache so I indulged! :D Twice!

Dinner was a good old Jambalaya - click for recipe! I used turkey steak instead of chicken and chopped it into cubes instead of shredding, tasted fine but looked odd. Reminded me of fake quorn meat or something, bit off-putting! 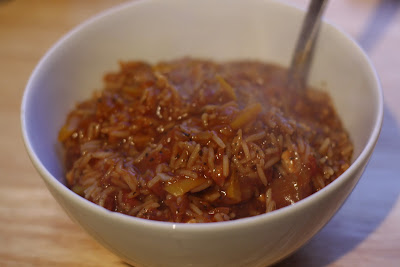 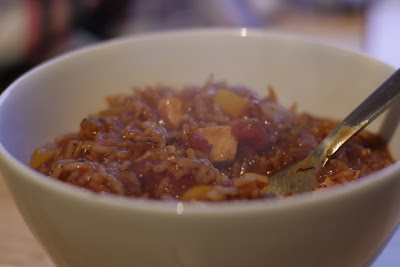 With ice cold sparkling water and lemon - the tooth I cracked has been root filled so isn't senstive, thank goodness! Just sore to bite down on so I can only chew at one side of my mouth! 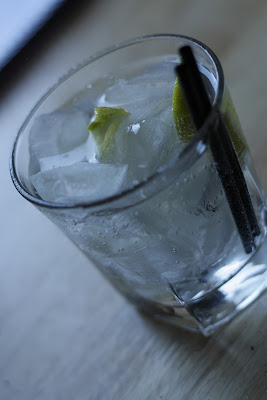 I'm tempted to upgrade the next one to a pretend mojito with lime and mint...

I hope you're all having a more interesting Saturday night than I am, I should have been out drinking wine and eating Greek food :(