I gained 2lbs!! Ooops! I had lost 2.5lbs so put most of it back on. I'm putting 1lb down to unfortunate time of the month bloat as I usually gain 1-2lbs. So not too bad considering. I want to work hard at cutting the junk this week. Though I must confess I haven't  made much of an effort at cutting the junk tonight! My boyfriend got some good news so we were celebrating that tonight with desert (toffee pecan tart thing) and tortilla chips with a sweet potato and harissa dip and now I'm having an apple vodka with lemonade! The rest of today has been good food-wise, and I've really enjoyed every single thing that I've eaten.

Today was my flex Friday so I was off work. I dragged myself out of bed with a nice double espresso latte with steamed milk and a Berocca Boost. 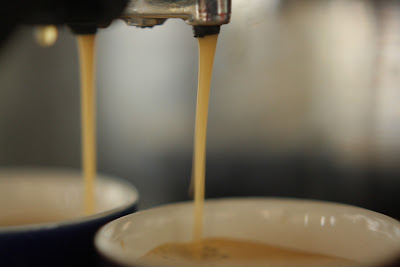 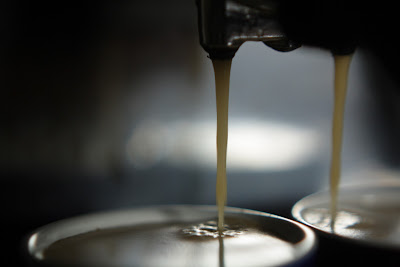 I just love the whole ritual of making coffee! I've been buying whole beans and grinding them as I use them and have been using the milk steamer on the coffee machine instead of just microwaving it, makes all the difference. 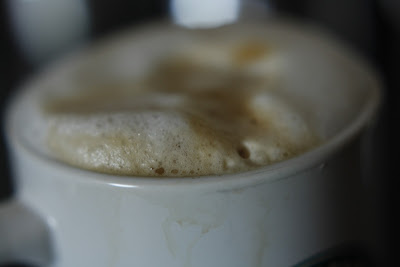 Once I was fully awake I made Heather's Protein Ice Cream for breakfast. I used rice milk, chocolate orange protein powder and half the cocoa powdrr, but otherwise just followed the recipe. I missed a trick by scoffing before adding toppings and just ate it plain :( Still gorgeous though! It was my first time using guar gum and it made such a difference, can't wait to play around with it some more! 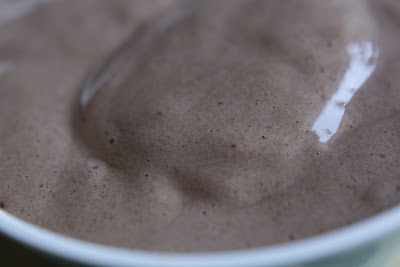 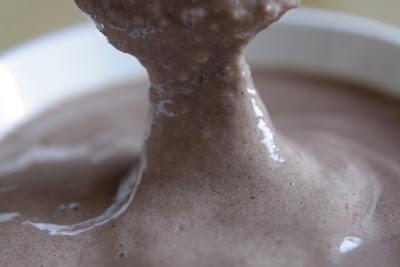 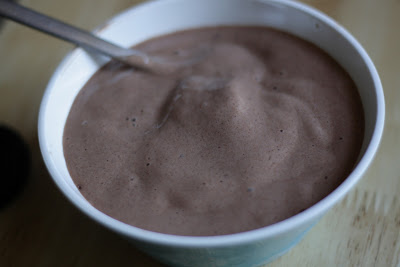 I found that when I was using only the xanthan gum the smoothies were coming out very voluminous but also really full of air and a bit of a weird texture, and really shiny, the guar gum combined with the xanthan is great!

Lunch was another portion of quinoa and roast veg salad, with chicken and savoury toasted seeds 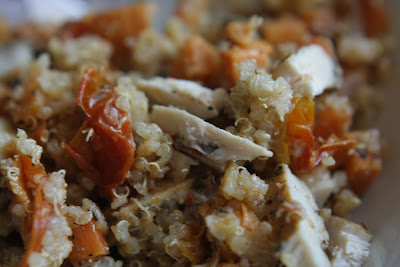 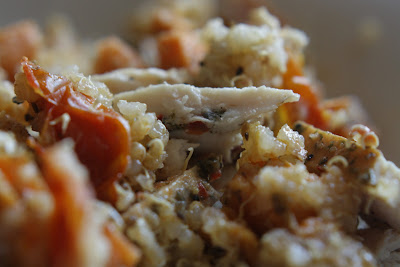 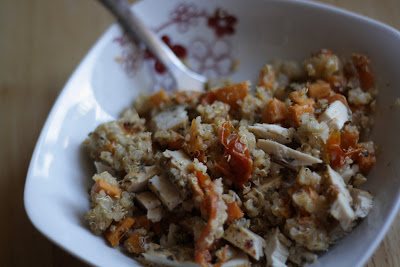 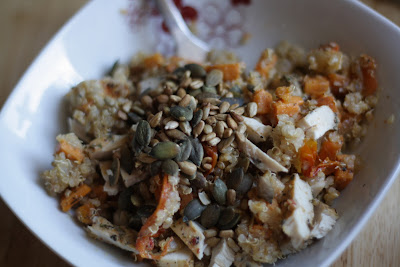 Poor Jeff was very jealous, he only got tuna for his lunch :( 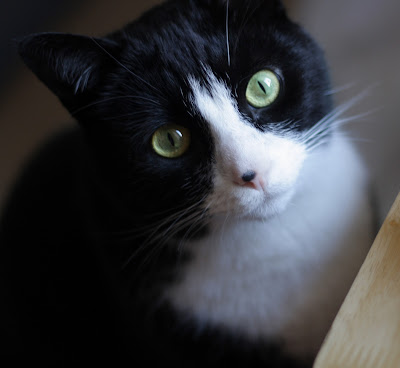 With lunch I had a bottle of Firefly green tea with peaches and white grapes from my Holland & Barratt haul: 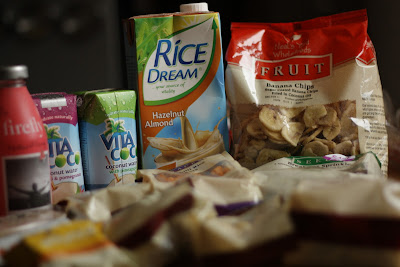 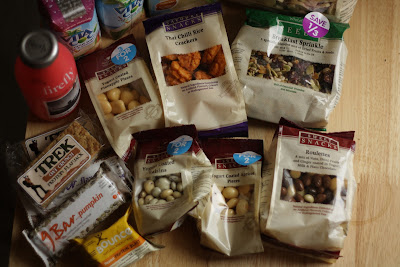 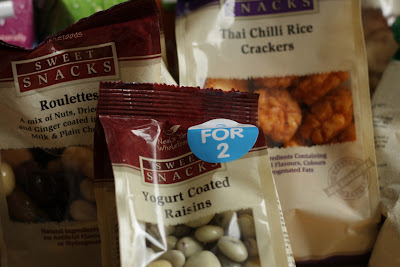 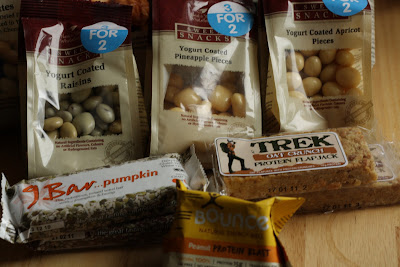 I decided to spend what I normally spend on Graze boxes in a month on some goodies for making my own to save some cash. I was put off doing this before because I thought it would be too expensive to get a big enough variety but H&B had lots of discounts and offers on so this lot only cost me £20 and most of that was the drinks! The huge bag of banana chips was only about £1.50 for 500g! That will last me ages!

This afternoon I had a Teapigs chocolate tea 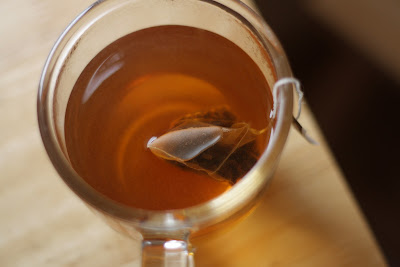 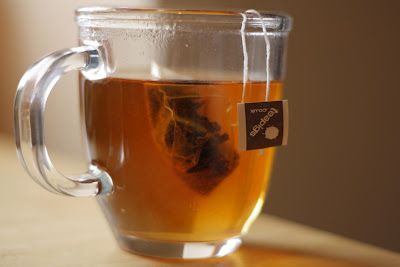 Last bag, I really need to re-stock but it'll need to wait until next month :(
Since dinner was going to be a late one I had a late afternoon cup of coffee (regular French press with cold milk this time) and sampled one of the Nakd bars - oh wow! I'm hoping they'll do a mixed box with all the current and new flavours, don't think I'd be able to choose just one! 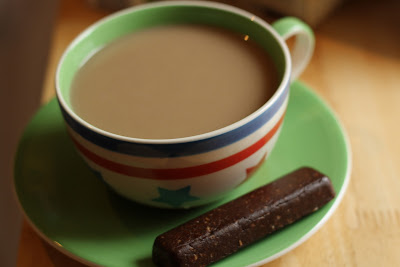 Dinner was worth waiting for! Pumpkin and Chorizo Risotto! I just followed this recipe but added chorizo shortly after adding the rice. It's pretty much amazing with or without the chorizo! Crappy photo though as I was too hungry to bugger around with the light/camera settings. 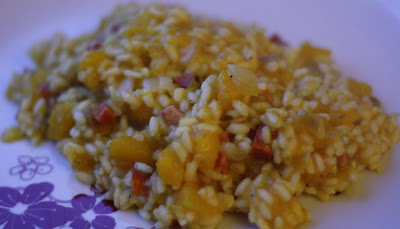 Now if you'll excuse me there's an ice cold apple vodka waiting for me!


Have you tried Nakd bars? Are you a fan? Obviously I love them! The gluten free bars are my favourite but I also adore the Trek flapjakcks!