Before I start rambling on about food I'd just like to quickly say thanks for all your comments around my Weight Watchers weigh in, I figured it's prob a bit late to reply to comments now but I do want to reply to this one from Alison at Running From Running To:

Surely it's weeks like these that it's most important to go? Then you get the accountability and the support from the group.

I was temped to not bother going to the meeting, not because I was worried about the weigh in, but because I knew I definitely hadn't lost anything so felt like there was no point. But what Alison said is absolutely spot on - that is the reason I joined Weight Watchers - I can count calories or points by myself, it's the accountability and support that I'm going to the meeting for. Talking about it with like-minded people helps keep me motivated and knowing that I have that meeting makes me think twice about how much I want a piece of cake or pack of crisps - but I also know no one is going to judge me if I decide I do want to indulge every now and again. We're all there for the same reasons and it's good to be reminded of that!


Now I could pretend that after my meeting I was highly motivated and ate like a saint all weekend, but truth is I did my usual and ate a lot of junk food! I didn't bother photographing the junk but here are the best bits!

This is where it went wrong - a sugar-filled breakfast on Saturday of three mini delicious flapjacks from my Graze box, they didn't keep me full for long so I had the little focaccia bread that was also in the Graze box too. 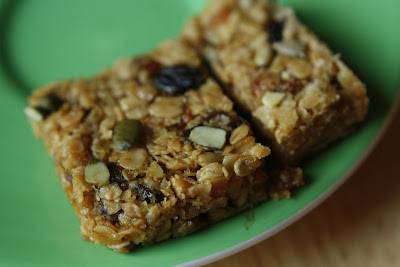 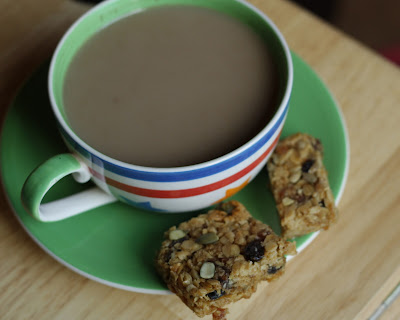 We went for a walk into town to get a Birthday present for my Dad and on the way home I had a tripple berry vitamin water to hold back the hunger (all those calories in the flapjacks and focaccia seemed like a waste at this point
Lunch was great! Chorizo fritatta with mange tout and pepper with a little bit of leftover quinoa salad, so satisfying! Followed by another milky coffee to keep me warm whilst lying on the sofa for Lost-fest. We bought series 5 as we haven't yet seen the last two series since we didn't have Sky and regular TV don't look as though they're going to show it now. Annoyingly for him him boyfriend already knows how it all ends but I'm still trying to avoid finding out before I see it. 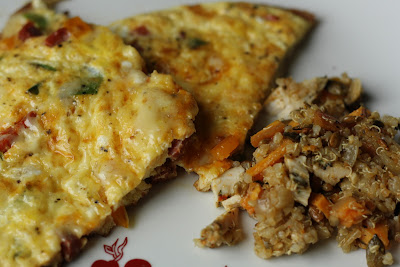 I made dinner around 11am, we had some beef that needed using up so I very loosely followed a beef Goulash recipe, but I was missing most of the ingredients so made a lot of substitutions! I browned the beef in olive oil with some flour, cayenne pepper, tandoori masala and some beef stock then added the slow cooker along with some onion, carrot, sweet potato and a tin of chopped tomtatoes, then left cooking until 6pm. I served with a dollop of full fat Total Greek yogurt. It was amazing!! The beef was so soft and the sauce was so creamy! The sweet potato had almost disintegrated into the sauce, yum! I'll be making this again, might even try paprika and do it properly! 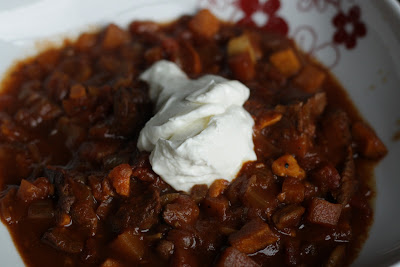 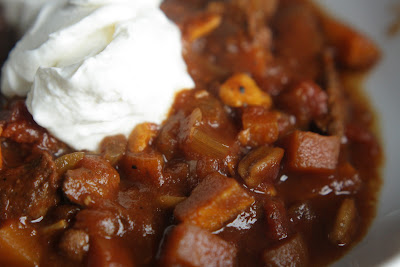 We ate it with a baguette to soak up the liquid, I was stuffed but it was so good I could've eaten it again!
So far so good, not the best breakfast but also not the worst and all my meals fit within my Weight Watchers points allowance. But then we settled down on the sofa for more TV (we had decided to make it a lazy weekend!) I had a bowl of full fat Greek yogurt with peanut butter and jam mixed in, a pack of chocolate buttons, a handful of Haribo and half a measure of Baileys (it was all that was left in the bottle!)
Today I just had lots of coffee's instead of breakfast and for lunch I made a super thick smoothie in a bowl with a Tropical flavoured Spiru-tein shake, rice milk, guar gum and xanthan gum and topped with dried mango and brazil nuts. The smoothie was lovely! Not as tangy as I'd expect for a tropical flavour shake but would definitely make a nice, versatile smoothie base. The colour was a bit scary though, it was quite luminous in real life! 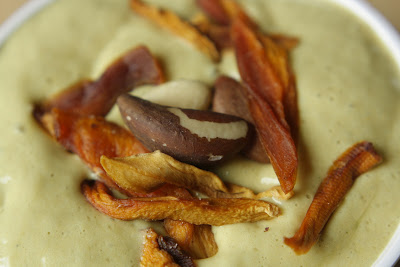 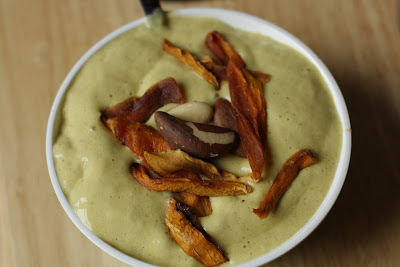 I snacked on a 9 Bar and then had a fry up for dinner - bacon, sausages, egg, beans and fried bread - there was no chance of me hanging around long enough to take a photo of that! I've also just had another one of the Nakd bars which to be honest I don't think I'm that keen on! I know another blogger has tried the same one and really liked it so I'm going to wait until I've tried the second one before I make up my mind, it could just have been the fry up taste still in my mouth, but I think there might just be an ingredient I'm not keen on. The sample bars don't have the proper packaging so I don't know what the ingredients are yet.

Is anyone else like me with sugary foods? I really struggle to just have one, it sends me off on mad cravings for more! I usually treat myself to something at the end of the week which sends me crazy over the weekend. I don't want to cut out all sweet treats so I really need to learn to control myself a bit better. I'm especially bad if I have a drink, I don't even need to be drunk but after a few drinks I just don't care about food and will eat anything! I think I forgot to post but on Thursday after our night out I had a real craving for Chinese food so stopped in at the takeaway from some crispy salt & pepper chicken on the way home - as I expected it wasn't even that good - complete waste of calories!