Evening blogland! Thanks for the quinoa ideas! I definitely want to get a bit more adventurous with it, today I used it for a fruity salad and it was beautiful! I knew it was a pretty healthy grain but I hadn't really looked into it in any detail so didn't realise just how good it was - thanks Tam! Thinking about trying it as breakfast over the weekend too, for a bit of a change from yogurt!


Anyway, onto today - I want to watch "Food: What Goes In Your Basket?" on Channel 4 so I'm going to make this quick food run-through!

Oh and before I forget, if you like you sometimes struggle with phases of overeating or binging you might find this post by Bitch Cakes interesting


Today was the horrible, busiest, most stressful day of the month at work so I made sure I got food prepared the night before that would be enough to stop me being tempted by chocolate and sugary things in general - it worked!
Breakfast was a bit later than usual so I was starving by the time I got round to it! 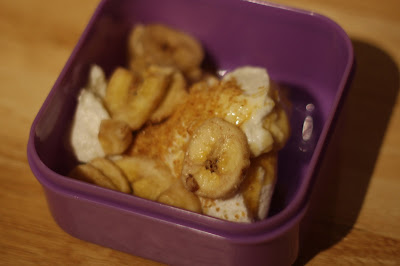 Total Greek yogurt with maple syrup (I'm obsessed!!), ground flax and banana chips - love these! They are so nice mixed into yogurt as they go kind of crisp but gooey at the same time.

For the first time in ages I remembered to have a proper snack mid-morning, blueberries and blackberries, the blueberries were beautiful, the blackberries were far too sour! I do quite like sourness in fruit sometimes but these were just nasty! Still at them though [/fiveaday] 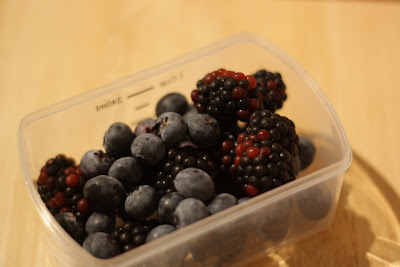 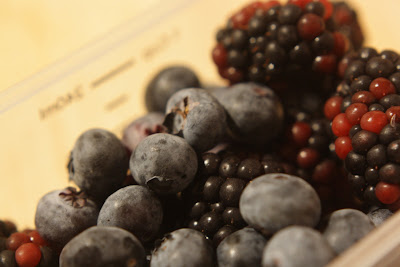 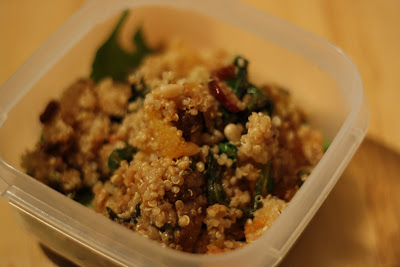 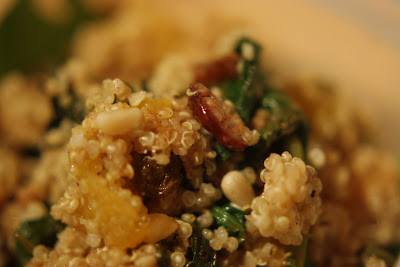 This made me very happy! Quinoa cooked in water with garlic and cumin, with salt and a little pepper. Toasted pine nuts and added chopped dried apricots, raisins, cranberries and some spinach. Mixed it all in with the quinoa and dressed with lemon juice, honey, cumin, ginger and cinnamon. Added some cooked chicken breast and some raw spinach (the raw spinach is much nicer than the cooked when eaten cold) 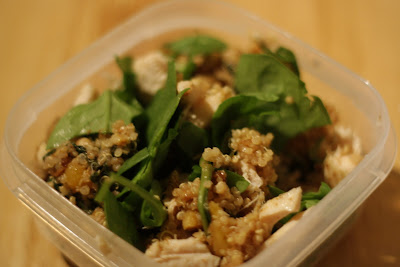 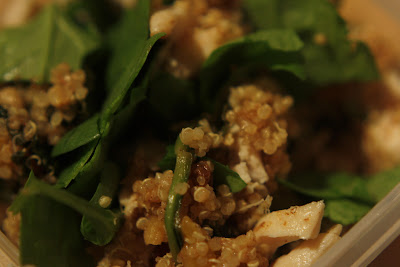 Recipe came from a Weight Watchers mag (5 points if you're interested). I made two portions so will be repeating this tomorrow.

I think next time I make it I'll add some finely chopped carrot and use less apricot, less lemon in the dressing and some real ginger instead of powdered. Oh and just skip the cooked spinach altogether.
I thought it looked like a pretty small portion but I was stuffed! Pleasantly stuffed though. Everything about it just tasted so good, I don't use cinnamon enough in cooking, I mostly use it in deserts, oats and yogurt. 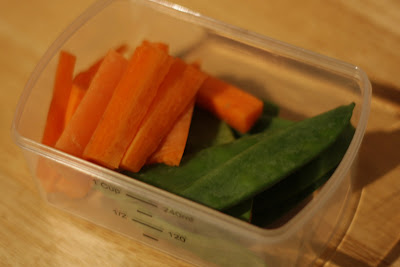 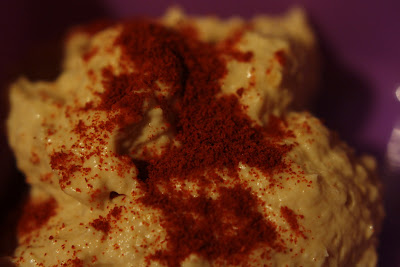 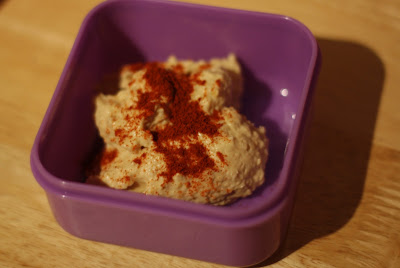 I haven't had this for ages, it was seriously missed!

Dinner tonight was another chorizo fritatta as we have about a million eggs and the chorizo needed used, we also threw in some chicken, courgette, onion and mange tout. And of course cheese! 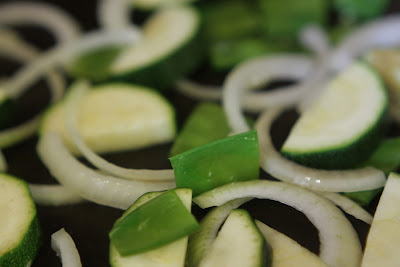 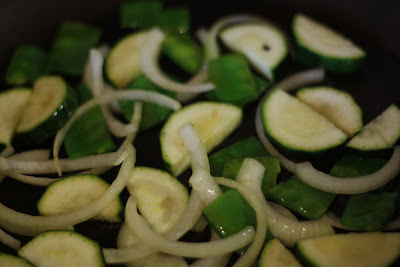 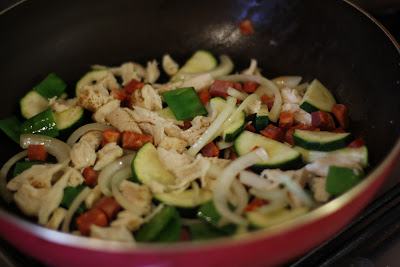 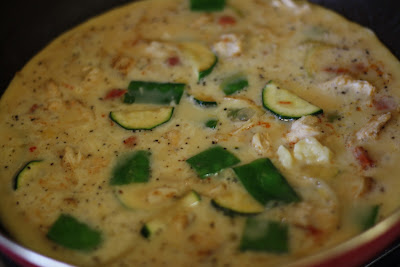 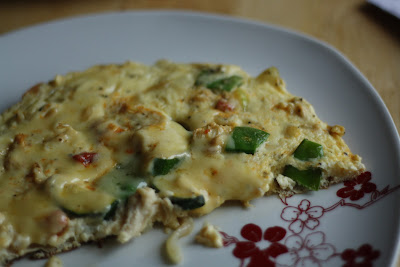 Watching Sunday's X Factor as I type - I'm loving Tobias and Your Song - this guy here I love that song!

After dinner I was feeling a bit "munchy" so I made a super thick mousse style protein shake - cookies and cream protein, rice milk, vanilla, cocoa and guar gum and xanthn gum 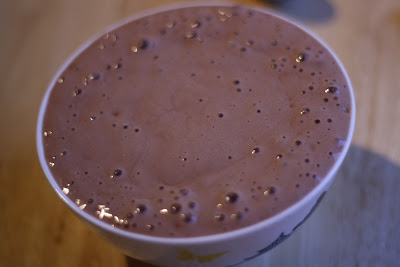 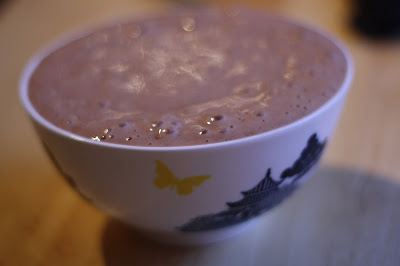 It was delicious, so creammy! But it was too soon after dinner so I only managed a few spoonfuls :(

And I've just eaten a Trek flapjack, just because I saw it in the cupboard and couldn't get it out my head!

Fruity salads, do you like them? Never really been a fan of fruit in a salad (unless it's a fruit salad obviously!) but I think I am now converted!