I hope so! I have been a very lazy blogger since I got back from Belfast! Oh and I have an excuse, one of the bulbs is gone in the kitchen so the lighting is terrible for photos and I'm leaving for work in the dark and coming home in the dark so outdoor photos aren't going to be any better :(

I did get two good days at the weekend though so I'll quickly share those (I was going to post on Saturday but this is me just getting round to it!) 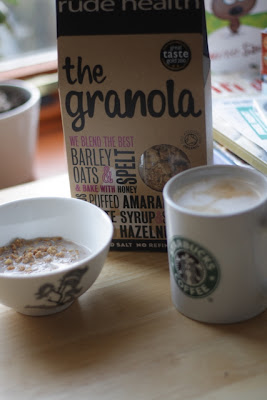 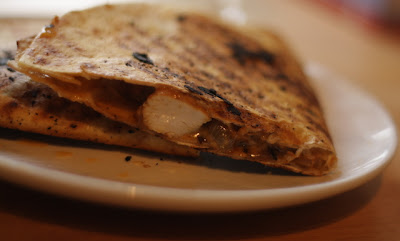 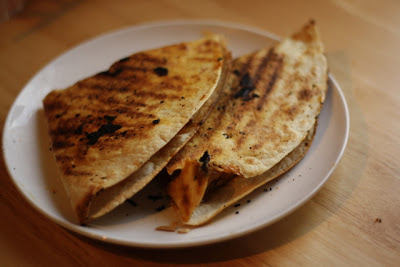 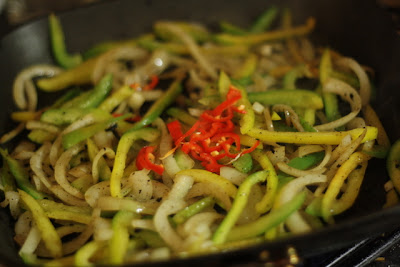 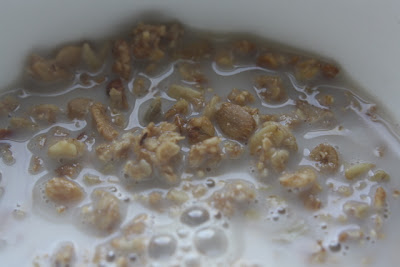 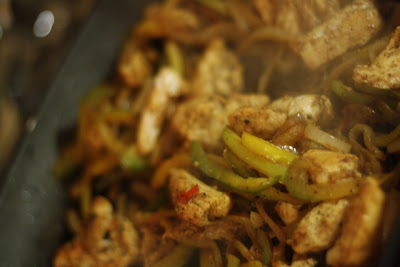 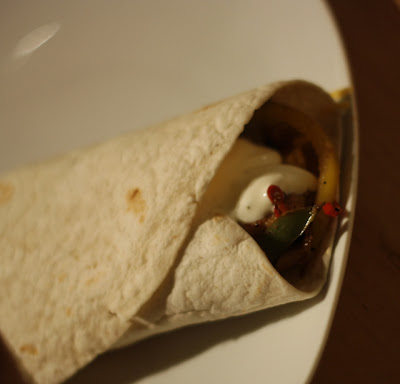 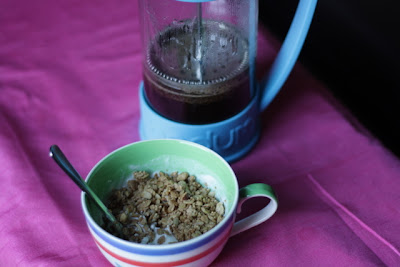 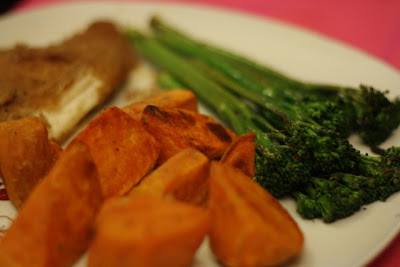 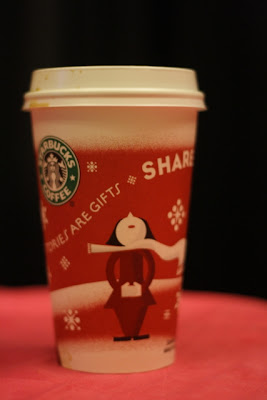 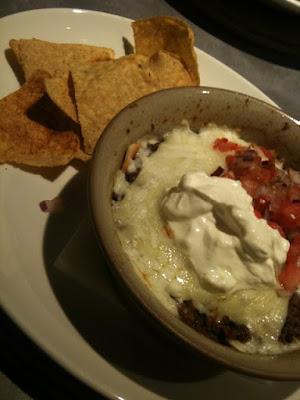 Rude Healthy granola for breakfast, which I won from Celery & Cupcakes when she had a competition on her blog - thank you very much, it's delicious! And quite light compared to other I have tried, but still very satisfying due to all the healthy grains. I eat my cereals with rice milks usually, just now I'm using almond an dhazelnut Rice Dream - love it! Lots of coffee, as always! I had a bit of a panic when I thought I had lost the milk steaming nozzle from my espresso machine, again, but thankfully it had just been tidied away somewhere sensible and I enjoyed several latte's at home before popping out to Starbucks for a gingerbread latte in a RED CUP!!! I love Starbucks Christmas drinks! What else did I eat.... there's been a bit of a Mexican theme, I had friends round on Friday and we had Fajita's, lunch on Saturday was Quesedilla's, followed by more Fajita's!! On Sunday we went out to Giraffe for lunch where I had a Chilli Beef Lasagne (the last picture) which was made with tortilla wraps instead of pasta! Safe to say I don't need to eat any more tortilla wraps for a while! And as if that wasn't enough for lunch on Sunday I then had a late dinner of fish and chips - lemon sole with sweet potato in garlic and thyme with tender-stem broccoli on the side.


I re-joined Weight Loss Resources! Partly because I'm flaky and indecisive and change my mind a lot but also because after losing 30lbs with WLR, then gaining back 10lbs and not shifting anything for months I decided to end my WLR membership. I've spent the last year maintaining my weight and making half-hearted attempts to lose a little more but I'm now at the point where I'm getting a little fed up of that so decided to re-join and make a proper effort to do something!
I'm not going to put pressure on myself to reach certain goals by certain dates or to only eat certain types of food or achieve a set amount of exercise hours each week because I have found that difficult to sustain and it's very easy to feel down and miserable when I don't reach those goals.
I am going to be doing some yoga, some weight training, some running, some cycling and whatever else I fancy - hopefully I can find a Zumba buddy for Saturday mornings too!
Food-wise - I'm aiming for healthy foods, nutritious foods, plenty of fruit and even more veg, I'm not cutting anything out but will cut back on junk foods and those foods that leave me feeling bloated and tired. I tend to aim for around 40% carbs, 30% protein and 30% (healthy) fats, but that is just a guide! I am easing myself back into calorie counting with my first week focussing on just logging everything, my second week I'll continue logging everything and make sure I stay within maintenance calories over the week, after that I should be back into the habit of logging properly and will start to shift my focus to weight loss. I'll be working towards a 0.5lb loss per week initially but this may change depending on how I feel!

♥ Stella
Posted by Samantha at 12:31 2 comments: Links to this post